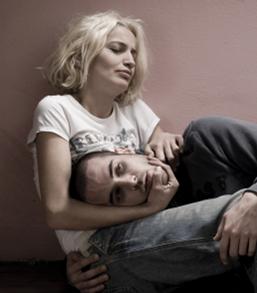 heroin overdose is a common tragedy in the United States and accounts for many preventable deaths. With street heroin there is no absolutely certain "safe dosage". It depends on tolerance, amount and purity taken. Heroin addicts can easily take more than they intend to because they can never be sure how pure or how strong the heroin is that they are taking, leading to serious problems like seizures, heart attacks, strokes and even death.  Because of the inconsistencies in purity, a heroin addict that takes the same dose for months or even years can overdose without changing any part of their routine, and new addicts can suffer from a heroin overdose after consuming or injecting even the smallest amount of heroin.
If help is received in time, a heroin overdose can be counter-acted using an opioid antagonist medication, such as naloxone (Narcan). This reverses the effects of heroin and brings the person back to consciousness, however, it also puts them into heroin withdrawal.
Unfortunately, not everyone can obtain help in time, or they do not realize that help is needed. In these cases, many people needlessly suffer and die from the overdose, in situations that could have been prevented.
Heroin overdose can happen quickly within several minutes or up to several hours depending on the situation. Heroin overdose slows down breathing and can stop it altogether. Most heroin overdoses occur when heroin is combined with other depressant drugs like alcohol or benzodiazepines like Valium or Xanax. While overdoses caused by a single high IV dose of pure heroin may cause immediate death, it actually often occurs as a prolonged process of breathing becoming slower, the brain becoming damaged through lack of oxygen, and eventually the person dying. This means that the person can generally be helped if they have assistance in time. In fact, at least 80% of fatal heroin overdoses occur because the person was alone when they used the heroin. Early detection signs of overdose are; unconsciousness and unresponsive, very slurred speech, lips turning blue, and slow shallow breathing.
One of the greatest risks of being a heroin addict is death from heroin overdose. Each year about one percent of all heroin addicts in the United States die from an overdose of heroin despite having developed a fantastic tolerance to the effects of the drug. If you are using heroin, don't let yourself become a statistic.  Call us now or fill out the form below and we will get back to you to discuss the specifics of your situation and available options for you. Get Help now.